Android One will never be what it promised us one day, and we will probably never see another phone like the Xiaomi Mi A1.

When Android One evolved into a platform designed to be carried the purest Android experience For a greater number of people, we all thought that was it Rescue with medium-sized upgrade problemsand the initiative that would revolutionize the cheap wireless market.

How wrong we were.

Since that moment, three years have passed since Google worked with Xiaomi to bring to life the Mi A1, the Chinese company’s first phone with Android One, and probably one of the best phones Xiaomi has ever developed. And what should be one of the most widely used resources by phone companies today to offer terminals for those who prefer an experience that is as close to that as possible Android from Google, has become a platform on the way to becoming another member of the Google Missing Product Cemetery.

Android One and the Xiaomi Mi A1.

A quick look at the official Android One page is enough to see that Support and Updates are two of the cornerstones that Google wanted to build the Android One experience on.

At least that was the idea until companies like Xiaomi decided to ignore After these basics, the Xiaomi Mi A3 is the clearest example: a phone launched with Android 9 that was guaranteed updates for two years, which the company couldn’t Update to Android 10 without burden various things along the way and ultimately an experience way below what the company’s MIUI-based models could offer. The Xiaomi Mi A1, together with one of Xiaomi’s phones with MIUI (.

Even today, when Android 11 is with us for a few months, Many Mi A3s have not yet received the official update to Android 10and the Android 11 upgrade plans for this device are still a mystery.

But Xiaomi It wasn’t the only one who struggled with this. Other companies like MotorolaIn addition, they were unable to bring the latest versions of Android based on the Android One platform to their terminals, which in turn turns one of the supposed advantages of Android One into one of the platform’s major weaknesses.

But despite everything there is still A note that continues to put everything on Android One and is nothing more than Nokia.

Your terminals may not be one of the most interesting in the market, but the company’s philosophy to offer quick updates and for at least two years They made it one of the most recommended companies if you are concerned about safety and support. The Nokia 8.3 is one of the newest Android One phones.

Yes, we’re adding that to that clean and consistent experience Offered by Android One, we end up getting one of the better software experiences available in today’s cellular market.

That doesn’t mean Nokia’s Android One journey is perfect. It is true that every single one of their phones has already been upgraded to Android 10. But it is also true that terminals like Nokia 3.1 and 5.1 they did it in October 2020, almost a year after Google launched Android 10.

The problem with Android One, in my opinion, is that Google will be in no time decided to set some commitments with which the manufacturers who stick to the initiative should commit themselves whether it was updates within a certain period of time after the launch of each new Android version or the obligation to do so Update devices monthly with security patches released on the first Monday of each month.

That’s over in the end screw up Android One picture, a badly executed good idea that I fear if not suddenly changed Xiaomi Mi A series: buried and forgotten. 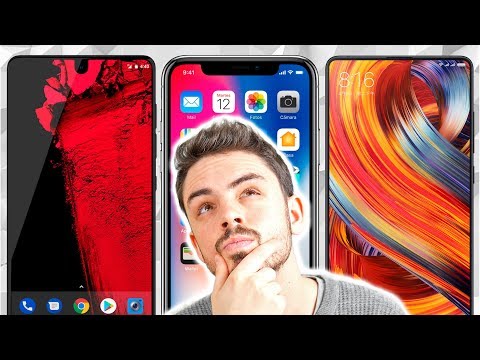