There are two phones with similar characteristics that Samsung launched in the same year, but which one is the best? Discover the main differences between the Galaxy S10 and the Galaxy A51.

Posted by Paulina Cortez in Mobile

With a variety of designs and functions Samsung has managed to monopolize a large part of the cellular market, however many of its models are almost identical at first glance. For this reason, we have prepared a comparison in which we will show you the main differences, pros and cons that exist between the Galaxy S10 and the Galaxy A51.

The Samsung Galaxy S10 is a high-end phone that hit the market in April 2019 and caused a surprise with its incredible sales. The Samsung Galaxy A51 was launched in December 2019 with great sales expectations for the success that its predecessor, the Galaxy A50, achieved in the first year of his life.

These two phones represent two completely different personalities, but also share features such as functionality, design and innovation. however One of them takes the lead with its excellent operating system, the great capacity of his memory, its undeniable quality and its beautiful design.

In this comparison you will discover the main advantages of each mobile phone: the best camera, the largest capacity, the lightest, the cheapest, the battery with the longest life, the strongest exterior and mainly our suggestion which one to buy, we also tell you where to find it to buy and immediately with one of the best prices.

Design and screen, which is the most stylish and durable?

These two specimens are relative very similar in terms of exterior design, However The Galaxy S10 has a strong aluminum case with an infinite screen and limitless aesthetics while The Galaxy A51 is made of metallic plastic with a contoured display Both are the same color as the cell phone’s body and have a gorilla glass screen that is much more resistant to damage than other cell phones.

The Galaxy A51 has a larger screen which, while providing a better user experience, makes it less practical and heavier. With an ever thinner screen The Galaxy S10 is easier to use and transportation, plus the resolution of the screen is a significant percentage better than that of the A51, giving you a complete user experience. This cell phone also has a design dust-repellent and water-repellent that protects it from splashes or a few raindrops.

In theory, the winner of this game is the Galaxy S10 with its aesthetic design, lightness, durability of its materials and that Excellent resolution of your screen.

Cameras with details and color balance

The strongest opponent in this category is the A51, which allows you to get pictures with more details, this is thanks to its high-resolution quad main camera with 48 megapixels and large aperture This will help avoid blurry shapes. If you are passionate about photography, the aperture on the lens will make it easier to create blurred portraits of the background and focus on the person or object being captured.

The Galaxy S10, in turn, offers you one better color balancefor both photos and videos thanks to its double LED flash which is formed by two LEDs with different sound. It also has continuous autofocus on long films, which keeps the moving image sharp and sharp. Both phones have a front camera with decent sensors that They allow you to take good selfiesas long as you are in places with good lighting. 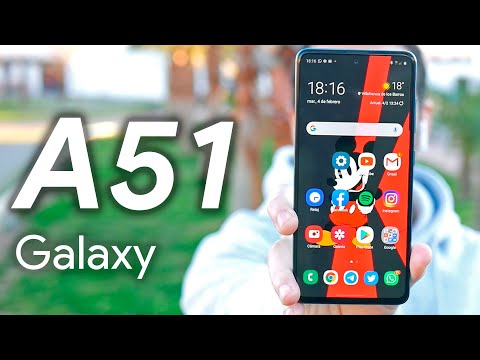 Both phones are quick to charge, so you will need less time to fully charge them. The first part, which is 50% of the battery, charges in just 30 minutes. The A51 has a 4000 mAh battery, which in turn guarantees a longer service life and performance The S10 has a 3400 mAh battery that although it is lower than that of the A51, guarantees a full day of use without problems.

Plus the Galaxy S10 Includes a wireless charging setto replace the battery of your device simply by placing it on the charging station. It has an ultra storage mode that allows you to keep using your mobile phone for a long time when the battery is low and without fear of turning it off. Thanks to it, you can even use it as a wireless station to charge other of your electronic devices reversible wireless chargingthat the Samsung Galaxy S10 could use to charge the iPhone XS battery faster. The A51 leaves a lot to be desired with just 4GB of RAM and 128GB of internal storage reducing the ability to store files and apps on the device, even if the Exynos 9611’s data processing speed is slower than the S10. It has a standard external memory slot to expand the internal memory, which could be a solution to the limited memory this phone offers.

With 8 GB RAM, 512 GB internal storagewhich is more than double the capacity of the A51, The S10 is positioned as the winner A large amount of files, data, and apps can be stored in this section. Also for the undeniable data processing speed of the Exynos 9820, one of the best Samsung processors of 2019. 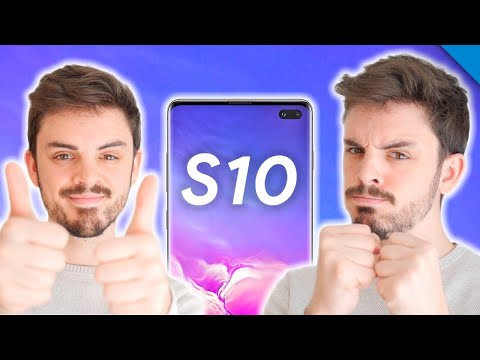 In this section You won’t find any major differences to make your decision, rather the opposite, as both lack the latest connectivity technology, namely the famous 5G, have the classic 4G LTE this characterizes the currently most powerful mid-range cell phones. They also include Fingerprint scanner This enables user identification, NFC, USB Type C, Bluetooth 5.0, dual-band WiFi and a classic headphone jack.

Maybe the difference would be to make a judgment between these two phones the reverse charging mode that the Galaxy S10 hasThis allows you to charge other devices wirelessly and quickly. 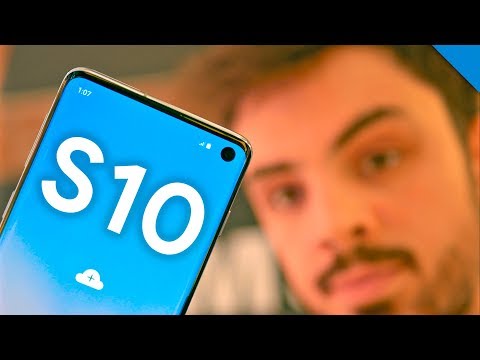 First of all, an important and important element is to ensure that your mobile phone continues to work without any problems for the next few years. This is something that both cell phones meet, since Both the A51 and the S10 are on the official list from Samsung phones that have received Android updates for at least 3 years.

That is a special feature of the Galaxy S10 has a built-in stereo speakerThis gives you an incomparable and independent sound through both headphones, thus creating a fascinating atmosphere and a better sound experience than user. It also gives you a faster download speed than most similar phones. As mentioned in one of the previous sections, this cell phone is dust and dust resistant waterproof without becoming submersible. During this comparison, you could see the main differences, advantages and disadvantages of each cell phone. However, if you have arrived here and still do not know which mobile phone to choose, we will immediately leave the final judgment so that you can buy the one we are considering the best cell phone in this comparison.

The nominee for the best mobile phone is the Samsung Galaxy S10as this, in addition to a clean and stylish design, It’s very light and thin with no borders around the screen. It has cameras that, while not the best on the market, are considered quite good thanks to their components like the dual LED flash. Has a 10% faster processing speed than A51, 384 GB more internal memory, 4 GB more RAM memory And if that weren’t enough, it includes a stereo speaker, a wireless charging accessory, and a wireless reverse charging system.

The Samsung Galaxy S10 passed the resistance, quality and design tests with flying colors. We know it’s a higher price mobile phone, but in return, you can have it in your hands A high-end cell phone, a much more durable and complete item We are sure that this will provide a great user experience It will be your best choice.