The two are consistent in good specs and a good price, but which is the best buy? This is the full comparison of the Redmi Note 9 Pro and Redmi Note 9s.

Xiaomi is popularly known as a manufacturer of good, beautiful and, above all, cheap mobile phones. Two clear examples of this fact are these Redmi Note 9 Pro and Redmi Note 9s, two economic models that we look at in one Comparison to help you choose your next purchase.

These two models in the competition class are very similar at first glance. In fact, both launched in March 2020 and are great options for basic phone use. There are, however some specifications that separate them and that they can tip the scales to one side or the other.

Both have one 6.67-inch IPS panel with Full HD + resolution, 20: 9 aspect ratio, 84% useful surface area, notch in the top half to accommodate the front camera and Corning Gorilla Glass 5 protection.

On the other hand, they also share the exact dimensions (76.7mm x 165.7mm x 8.8mm) and weigh 209 grams, you can see the design and the screen The equilibrium remains stablebecause both are really the same. 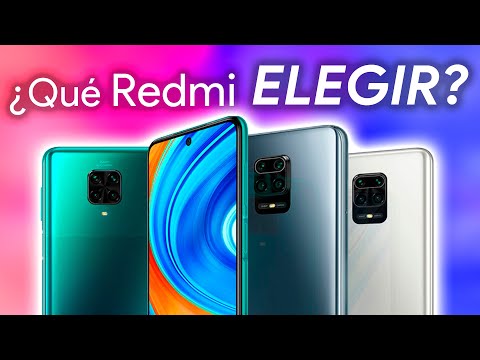 However, if we analyze the photographic system of the Redmi Note 9s, we also find four cameras The main sensor stays at 48 MP -The rest of the sensors are the same as on the Redmi Note 9S-. On the front, the 16 MP front camera is also located in the notch.

Although both terminals are useful for taking good pictures in general situations, we must emphasize that the Redmi Note 9 Pro is a step ahead thanks to the 64 MP of its main sensor. 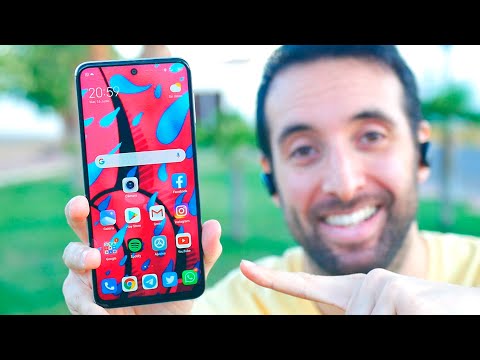 Another difference that we notice in the comparison between the Redmi Note 9 Pro and the Redmi Note 9s lies in the autonomy. It’s worth noting that they both have Same battery capacity 5020 mAh, with reversible USB Type-C connector.

With that in mind, the Redmi Note 9 Pro charges the 5020 mAh battery in just an hour and a half, while you have to wait a few more minutes if you choose its rival in this battle.

Both have the basic functions that we can ask for in the connectivity area of ​​a cell phone: Bluetooth 5.0, dual-band WiFi and USB type C.

There is one crucial difference at this point, however, and that is it The Redmi Note 9 Pro has NFC technology, while the Redmi Note 9s doesn’t. We know that NFC connectivity is used for the following purposes, among others: make mobile payments and quick pairing with Bluetooth devices, making it a technology that is growing remarkably in importance and that you should be looking for in your nearest terminal. The Xiaomi Redmi Note 9 Pro has one of the best cameras that can be seen in a phone at its price point.

We’ll start the comparison by saying that the Redmi Note 9 Pro and Redmi Note 9s are very similar terminals, and we’ve checked that throughout the article. If you’ve paid attention, you’ll have seen that there are also notable differences between the two, and those are what You choose to play the game in favor of the Redmi Note 9 Pro.

On the one hand, we are referring to his camera, which is guided by a 64 MP main sensorcompared to the 48 MP sensor of the Redmi Note 9s. On the other hand, we shouldn’t overlook the Pro version has a quick charge of 30 W. This means the battery is ready in just an hour and a half, while the competitor’s fast charge remains at 18 W.

Eventually see the increasing use of NFC technology (especially for mobile payments) we emphasize the lack of this type of connectivity in the Redmi Note 9S The Redmi Note 9 Pro has it.