Which one should you choose? We give you all the information so that you can choose between the Realme 7 Pro and the Samsung Galaxy A71.

The Realme 7 Pro, launched in late 2020, is the Chinese manufacturer’s best choice to enter the increasingly competitive mid-range currently dominated by Samsung and Xiaomi. With a price of usually around 280 euros, this terminal is characterized by an ultra-fast charge that none of its competitors have.

The slightly older Samsung Galaxy A71 is one of the mid-range terminals from the Korean manufacturer, which sold the most devices in 2020 after the Galaxy A51, the world’s best-selling smartphone in the past.

realme 7 Pro vs Samsung Galaxy A71 which one should you choose?

Design and screen: what are the differences between them? This is the design of the Realme 7 Pro

The design of these two terminals is very similar on both the front and back, and the big difference is that the hole position on the screenbecause it is in the realme 7 pro in the upper left corner while on the Samsung Galaxy A71 it is at the center of the top of the screen.

Where we’ll find differences is in the size of the screens since the Realme 7 Pro a 6.4-inch screen, while the Samsung Galaxy A71 grows to 6.7 inches. Both share both the technology of the panel and the resolution, as we can find one in both cases Super AMOLED screen with FullHD + resolution. 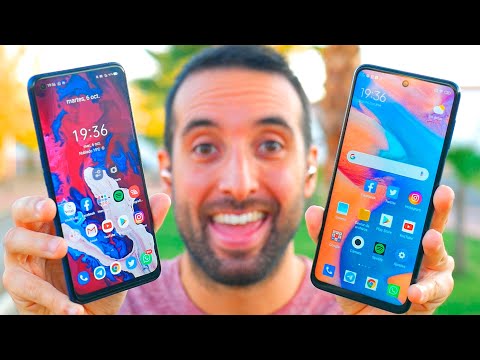 Which of the two has a better camera?

In the photographic area we are facing two terminals, the design of which is almost traced rectangular module with four reversing cameras is located in the upper left corner of the back of the device.

If we talk about the technical specs of their cameras, both the Realme 7 Pro and the Samsung Galaxy A71 have a main sensor in its 64 MP rear view cameras.

But if we look at the other three rear sensors, we find some differences since then realme 7 Pro does not have a depth sensor and replaces it with a monochrome sensor.

Where we find practically no differences is in their front cameras, there Both the Realme 7 Pro and the Samsung Galaxy A71 have a 32 MP sensor and the big difference between the two lenses lies in their focal length, which is slightly larger in the Chinese terminal and therefore captures a little more light than the front camera of the Korean terminal.

The autonomy of these two devices is almost identical as both have a 4,500 mAh battery and the big difference between the two is their fast charging because that of the realme 7 Pro is 65W while that of the Samsung Galaxy A71 remains at 25W.

Processor and memory: which is more powerful? In terms of RAM memory capacity, the Realme 7 Pro has a single 8GB version while the Samsung Galaxy A71 has two versions of 6 and 8GB. In both cases we find a single version of 128 GB internal storage.

Both the Realme 7 Pro and Samsung Galaxy A71 mount processors developed by Qualcomm, the Snapdragon 720G in the case of the empire and the Snapdragon 730 in Samsung’s case, both chipsets offer very similar performance. 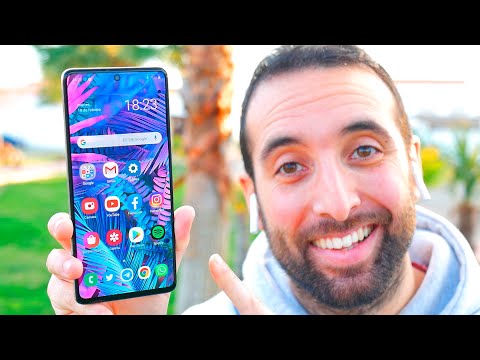 Connectivity: Which is More Complete?

In this section, the two terminals have been very even since then both lack 5G connectivity and they have dual-band WiFi, NFC, GPS, an on-screen fingerprint reader, a compartment for two nano SIMs, a USB Type-C port and a 3.5mm headphone jack.

The main differences that we notice between these two phones are as follows Bluetooth version in the realme 7 Pro it is 5.1 while in the Samsung Galaxy A71 it is 5.0 and the latter has FM radio while the Chinese terminal does not have this functionality.

Other features to highlight

Samsung Galaxy A71 in full

When deciding between one or the other terminal, we need to consider not only the hardware they have, but the software as well, and in this section both terminals still have Android 10, the Realme 7 Pro is running out Realme UI 1.0 and the Samsung Galaxy A71 is running out One user interface 2.5.

If you want to buy a terminal that won’t take long to update to Android 11, the Korean manufacturer has already confirmed that the Samsung Galaxy A71 will receive ** Android 11 with One UI 3.0 ** in May of this year ** while we are still Do not leave the Chinese manufacturer confirmation of the arrival date of the new version of Android on your terminal.

Another aspect to consider with these two smartphone models is the following None of them have made a notificationTherefore, if you currently have a terminal with this feature, you must be very aware that you will lose it. In any case, both devices have the function to remedy this deficiency Always to be seen This allows us to see the time, date, battery percentage and icons of pending notifications at any time.

Realme 7 Pro vs Samsung Galaxy A71, which is better to buy?

As you may have seen during this comparison, the Realme 7 Pro and the Samsung Galaxy A71 They are two very similar devices in performance and that sameness is also reflected in their price since we can buy either of these two phones at Amazon at a price of around 300 eurosalthough you can currently find them on this online store for less than that amount.

As for the cost, we have to point out that the version currently marketed in Spain is the Samsung Galaxy A71 the 6 GB of RAM.

Before we decide on one of these two options, we have to consider whether we want to prioritize a terminal a bigger screen and better cameras like the Samsung Galaxy A71 or on the contrary, we prefer a device with more RAM and ultra-fast loading like the Realme 7 Pro.

Another point that we need to consider before choosing one or the other is the adjustment layer that the Samsung Galaxy A71 has A polished cloak that already has several versions, One UI 2.5, while the level of Realme 7 Pro, Realme UI 1.0, is quite new and it has not yet reached its second version.