This “cell phone” worked on only one battery and had no screen.

The battery is one of the most important elements of a smartphone. Since neither of us wants to be stranded in the middle of the day, we usually look for mobile devices with good autonomy or, if not, fast charging.

As many of you will remember, smartphones initially came with replaceable batteries, which extended the life of the phones since you only had to replace one battery with another when it got worn out. With the excuse of making smartphones more elegant and, above all, thinner, This function was lost.

But, Did you know that battery-powered cell phones came about? And yes, the lifespan of these phones has far exceeded that of the current phones.

This was the SpareOne Plus, the phone that ran on batteries

The SpareOne Plus only needed an AA battery to function

The SpareOne Plus was a completely different terminal. Not only because on the one hand it was a support device, since it was designed for emergencies (initially for first aiders) but because it only needed one AA battery to operate.

The strangest thing is that while the current terminals use a day or two at most, this strange terminal can be in standby mode for up to 15 years (according to the GSMArena account). Furthermore it was waterproof.

Of course, the SpareOne Plus was a really simple terminal. It only had 2G connectivity and obviously we couldn’t access social networks or WhatsApp with it. It was basically used to make a phone call. 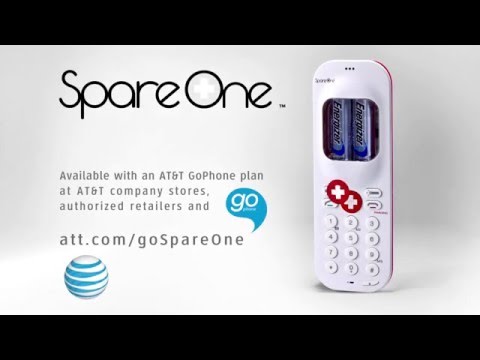 As with many other terminals of the time, you can save up to 9 favorite contacts for immediate access via the device’s keyboard and unlike other cell phones. This didn’t have a screen. A voice told you which number you had dialed in case someone makes a mistake dialing the number …

The battery has a talk time of 10 hours and we only needed a SIM card to operate the phone. Unfortunately, there was no FM radio, which the simplest cell phones did.

The SpareOne Plus was not very successful because of this its high price of $ 60 and we also understand the lack of a screen. Years later a version came out with 3G, but it doesn’t seem that many people were interested.