We compare the Huawei P40 and the iPhone 12, which is better?

2020 has been an incredible year for those of us who love the world of mobile telephony. On the one hand, spectacular Android terminals for every taste and pocket were introduced, on the other hand, Apple gave us its new iPhone 12, which was not a real revolution, but is a sales success.

One of the smartphones that we liked the most last year was the Huawei P40, which we launched earlier this year. As we well said in his analysis, The Huawei P40 is an almost round phone, apart from the absence of Google but with an excellent photographic section. Can a device like the Huawei P40 handle an iPhone 12? Let’s find out. A large screen, which is characterized by its double hole for the cameras of the Huawei P40.

We must remember that, despite the fact that it went on sale “in early” 2020, the Huawei P40, along with its older brother, was introduced as the company’s high-end terminals. What does that mean? That we are standing in front of a terminal with a spectacular design, Built with a glass back and a slightly rounded housing made of polished aluminum, which serves as a connection between the display and the back. The device is very beautiful and light, and thanks to its compact size and weight of only 175 grams, it fits very well in the hand.

Of course, the iPhone 12 is not far behind and it is well known Apple cares a lot about the design of its terminals. The materials used are glass for the back and steel for the edges, which, by the way, hold the physical buttons. With the iPhone 12, Apple is giving up the design of its predecessors and taking up that of the older models. A success without a doubt.

Regarding the screen theme, The Huawei P40 has a 6.1-inch OLED screen with 1080 x 2340 pixels and it looks really nice. Best of all, the screen takes up 86.3% of the front, and this time around, Huawei has removed the always controversial notch to make room for a double hole that is responsible for housing the front camera.

After disadvantages, the iPhone 12 screen is 6.1 inches, is called Super Retina XDR OLED, it has a resolution of 1170 x 2532 and yes the iPhone 12 still has the notch.

Both terminals are therefore beautiful and very high quality. They sit comfortably in your hand, don’t weigh much, and attract attention when you pull them out of your pocket. When it comes to screen, Apple wins, but it’s also true that it’s not just a more expensive terminal, it’s also a newer one.

Cameras: the best in photography Back of the Huawei P40

As many of you already know, the photographic realm is a mobile device one of the most important elements And today, smartphones are the perfect replacement for traditional cameras.

The camera of the Huawei P40 is still of excellent quality at this point. It has three rear view cameras that are guided by an UltraVision main sensor with a RYYB resolution and can capture even more light through its image processing. This is accompanied by an ultra-wide-angle camera with a resolution of 16 megapixels and 1: 2.2 and finally a 9-megapixel telephoto lens, which is stabilized by the always useful OIS.

Regardless of the ambient light conditions, the Huawei p40 is a perfect match (although it’s just a few steps away from its older brother, the Huawei P40 Pro), and if we’re honest, The camera is the best thing about this device and the reason for buying it. Worth mentioning in terms of video with the possibility of recording up to 4K resolution.

The iPhone 12 is not far behind thanks to its 12 MP f / 1.6 main sensor with OIS stabilizer, all of which are accompanied by a 12 MP wide angle. It is clear that numbers are not everything and thanks to the fantastic software processing of iOS, the iPhone doesn’t need large MP numbers to take high quality photos. The iPhone 12 is a fabulous smartphone for anyone who wants to take high-quality snapshots with little effort And the thing is, if there is anything, the Cupertino terminals turn even the least experienced into great photographers.

Processor: no sign of dragons, but is that bad? The iPhone 12 is one of the best processor phones out there.

Although we’re used to high-end terminals being included in Qualcomm Snapdragon processors, Neither the Huawei P40 nor the iPhone 12 have them.

The Huawei P40 comes with a Kirin 990 processorIt’s a trademark of the brand, and it exceeds all expectations, despite not being the best processor of the previous year. Thanks to its 8 GB of RAM memory, the terminal literally flies regardless of the application or game we’re running. In that sense, while EMUI isn’t the customization layer of choice for many, it feels very sturdy and lightweight. Despite all of this, it is a few steps below other high areas of the industry.

The iPhone 12 comes with its own chip, Apple A14 Bionic and that after many tests the fastest Qualcomm processors are outperformed and when we add an operating system as stable as iOS we find that the device is the apple of the bite One of the best terminals in terms of performance that we can get on the market today.

Battery: no problem for the whole day

The Huawei P40’s 3,800 mAh seem insufficient a priori, but when it comes to using it on a daily basis you can see the great work the Chinese brand does when it comes to tweaking this device. That is, the autonomy of this terminal (thanks to the lack of Google services, let’s say) is more than enough for a day Reaching 6-8 hours of screen. It has a fast charge of 22.5W.

The 2,815 mAh of the iPhone 12 isn’t a good figure on paper either, but Apple terminals never needed large numbers to stand out from the rest. Now the autonomy of the iPhone 12 is one of the weakest points of the device and, despite a whole working day without any problems over time and when the battery runs out, we will see how the autonomy suffers. 20W fast charge. Unfortunately we cannot use the Google services on this Huawei P40

The Huawei P40 is a great terminal tainted by an absence that makes it impossible to recommend it to everyone: the lack of Google servicesThis is important not only for applications and tools that are as useful as Gmail, Google Maps, or YouTube functions, but also for accessing the Play Store.

To alleviate this catastrophe, Huawei has its own application store called AppGallery, which is now insufficient not only due to the lack of all Google tools, but also insufficient other important services like WhatsApp or Instagram.

There are unofficial ways to fix all of this, but you have to make a living doing something that can be very complicated for the average user. Can you live without Google services and without the Play Store? No problem. We already saw that there are alternatives, we can download APKs, and there are other application stores besides the Play Store. Is it worth it now? That is already more difficult to answer and it will be every user who has to judge.

On the other hand, with Apple, we can easily choose between its own services and those of Google. Furthermore Apple’s App Store is full of high quality apps that meet the strict requirements of the Cupertino company and that beats the Play Store in every way. As if that wasn’t enough, we can find some apps on the App Store that aren’t available for Android and that are honestly worth it. 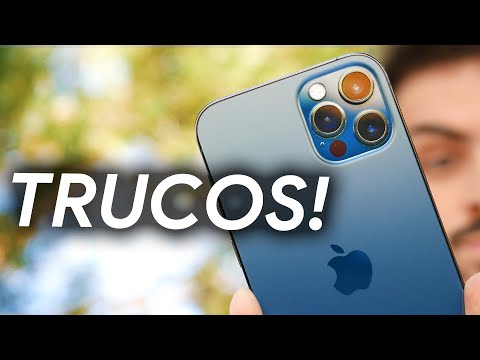 There is no doubt that both the Huawei P40 and the iPhone 12 are two of the best terminals of 2020. There are many details as to why we would choose the Cupertino terminal ahead of Huawei, although the latter is an Android device.

The lack of Google services condemned the Huawei P40 from the start. Although it is a great terminal with good performance and a great photographic area, the fact that you have to juggle to watch a video on YouTube or install WhatsApp makes the recommendation very complicated unless you are very yourself sure what you do.

Instead, the iPhone 12 is the opposite. A device that is switched on is already workingr. There is nothing complex to configure, everything is easy to use and nothing fails. IPhone is designed so that the user does not have to worry about anything, and that is a huge benefit for most users.

However, We won’t deny that the iPhone 12 outperforms the Huawei P40 in virtually every way And if we had to choose between the two devices, despite the higher price tag and considering the lack of Google services in Huawei, we would go for the iPhone without hesitation.